OUR ONLINE ORDERING SERVICE IS BACK UP AND RUNNING!!!

Established in 1979, the Royal Tandoori Indian Restaurant & Takeaway is the oldest Indian takeaway in Northamptonshire.

We are now a completely non alcoholic restaurant!
Reserve a table 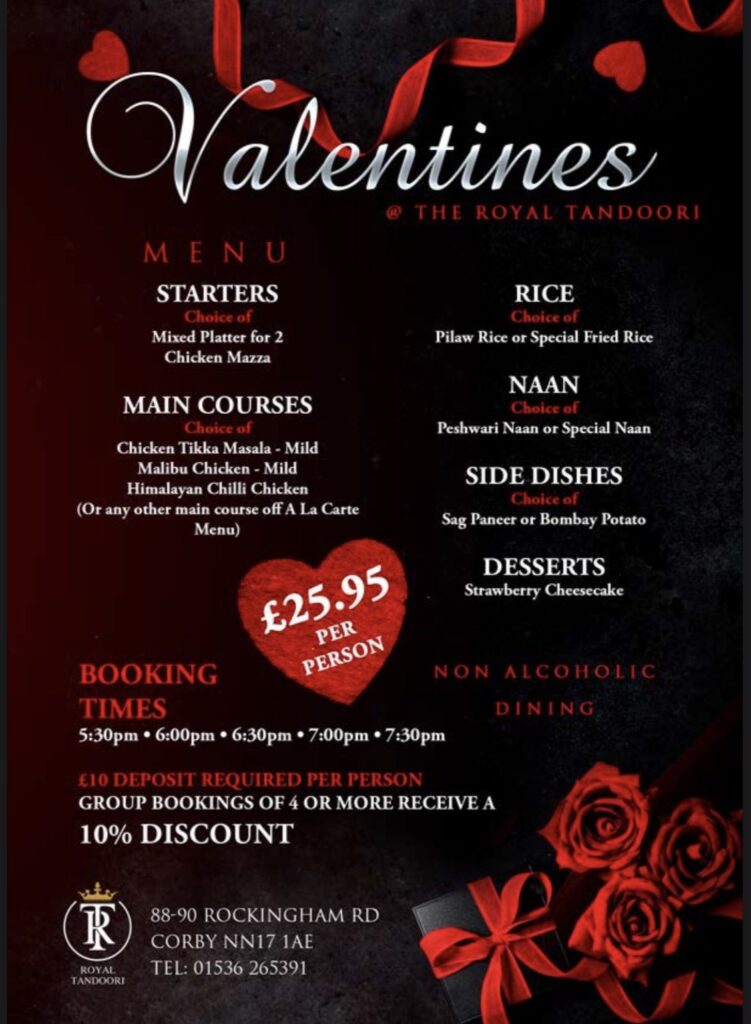 The Chicken Tikka Masala, has its origins much closer to home - a Scottish diner who had ordered Chicken Tikka in an Indian restaurant, complained that the dish lacked gravy and the chef improvised with a can of Tomato soup, some cream and some spices to produce a sauce - 23 million portions of Chicken Tikka Massala a year are sold by Indian Restaurateurs

According to records, Britain’s first curry restaurant was opened in 1809. (the Hindustani Coffee House which is located in London’s Portman Square

If your mouth is on fire, don’t reach for the water. Instead, choose cold milk or yogurt. Water will only move the oils around in your mouth increasing the fire.

Curries can be very healthy and some spices could even have medicinal properties. It’s believed that the yellow spice Turmeric, as well as adding flavour and colour to curries, may also have anti-cancer properties.